You are here > Home > Things to Do > Trimdon Parish Circular Walk 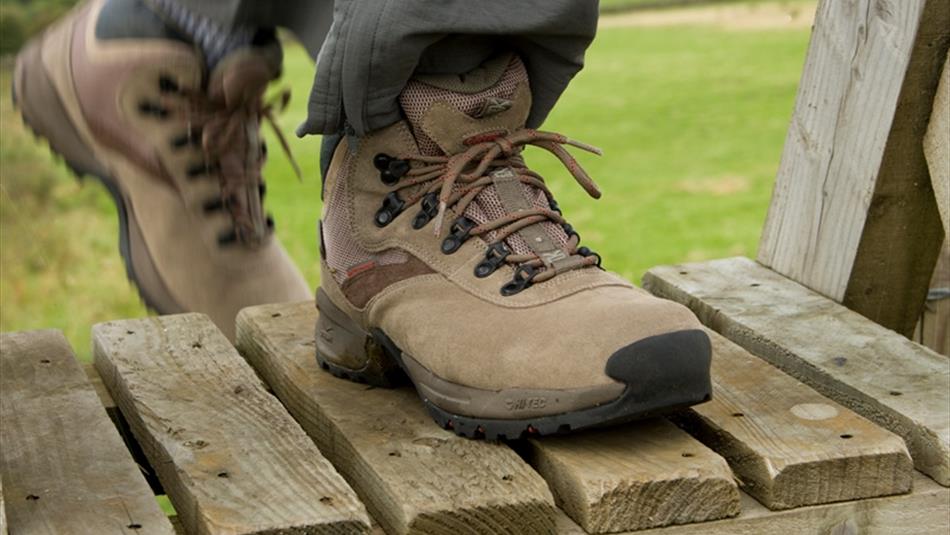 The following circuit travels in a clockwise direction from the start on Horse Close Lane car park. The route is waymarked with the 'Circular Walk' logo on small yellow or white arrows. The yellow arrows indicate Public Footpaths, the white are permissive paths. Part of the walk crosses fields in which farm animals are kept. We remind you to keep dogs under close control.


A. To the left of the car park there is Trimdon Grange Cemetery. Most notably within the cemetery is the memorial to the Trimdon Grange mining explosion. The disaster occurred on 16th February 1882 and killed 74 men. Disasters of this sort were not uncommon. As the Durham Coalfield becomes something of history it is always necessary to remember the 'true cost of coal'. The memorial lists all who died. 31 were under 21 years old, some were just 13. Alan Price sang about the disaster on an album released in the 1960s.


B. Heading back into Trimdon Village you come to St. Mary Magdalene Church in the centre of the Village Green. The stone church dates from 1146 though it is likely that a wooden Saxon church existed beforehand. Over the ages the church passed into different hands and became derelict in the mid 19th century. It was eventually restored in 1873. In 1989 it was decided to level the existing church floor and lay a new surface. When doing this, workmen uncovered a vault. The vault belonged to the Beckwith family and contained 5 coffins. A brief record was taken and the vault was re-sealed. The investigation showed that the bodies in the coffins had been packed with wood shavings, an unusual procedure. Originally, St Mary's Church stood on a mound in the Village Green with a larger churchyard than is present today. In the late 1950s the whole area was landscaped. The original churchyard was reduced in size and some gravestones used to create the wall you see today.


C. From the village green, the walk heads to the Skerne Valley. To the left, the road is known as Watch Bank, hardly surprising considering the view. It is likely that this bank was of significance in historical times, both as a strategic viewpoint and Beacon point.


D. The walk dips down into the Skerne Valley and crosses the Skerne by a footbridge. Whilst the river itself may seem little more than a trickle, it is a star in its own right, being the longest inland river in Britain.


E. From the Skerne Valley you reach the village of Trimdon Grange. The hedge before the houses was planted by pupils from Trimdon Grange Infant School. There is a route choice here. The longer circuit turns left along South View to the main road. Turn right along the main road and pass St. Alban's Church on the right.


F. On the left is the site of Trimdon Grange Colliery. The planted trees and grass bank give away nothing about this area's former life as a smoky industrial complex with towering winding wheels and railway sidings.


G. The colliery closed in 1968. A pit wheel monument opened by Arthur Scargill in located on the green to the right of the main road.


H. From Trimdon Grange you can join a former railway and walk to Trimdon Colliery. The railway linked Wingate to the main east coast railway at Cornforth/Ferryhill. As the name suggests, Trimdon Colliery had a colliery. This closed in 1912. A larger colliery also existed at Deaf Hill. Like Trimdon Colliery, Deaf Hill closed in the late 1960s. The area between Deaf Hill and Trimdon Colliery is referred to as Trimdon Station. In all there are four different Trimdons (Grange, Village, Colliery and Station). Those asking for directions should be prepared for a long conversation!


I. The street after the Gray Horse pub is locally known as Coffee Pot. It is said that this name derives from the name of a steam engine that worked at Trimdon Colliery. The route joins the shorter circuit and heads to Cleveland Gorse.


J. Cleveland Gorse is locally known as Fox Cover. It is a fine example of established woodland with mature trees and a thriving undergrowth. The shrubs, sapling trees, wildflowers, grasses and dead wood that make up the undergrowth probably look a bit untidy for a formal park in a town, but in this context all the untidiness in valuable to wildlife for breeding, protection and food.


K. From the main road, the walk travels along the embankment of a recently excavated fishing pond. In the fields to the left, the flow (or lack of flow) of the River Skerne has created a marsh. The plant species growing in the marsh, including the yellow marsh marigold and pink ragged robin, are of particular value to nature conservation. To help preserve this habitat, the marsh has been included in the Countryside Stewardship scheme. The scheme helps fund management works and allows for some public access. Heading around the fields back up to Trimdon Village, the extent of mature hedges is noticeable. Most contain tall trees including; ash, hawthorn, crab apple and even elm. Elm was once a common hedge row tree. Today its numbers have been drastically reduced due to Dutch Elm disease.


L. Just before reaching the village, a tree and hollow in the field mark a former well. Known as Captain's Well, it was one of several that served Trimdon Village in bygone times when the village was but a few houses around a green. We haven't been able to trace who the Captain was, so if you know, let us know!

Please note: We unfortunatley cannot control all changes to sites along the walk routes.