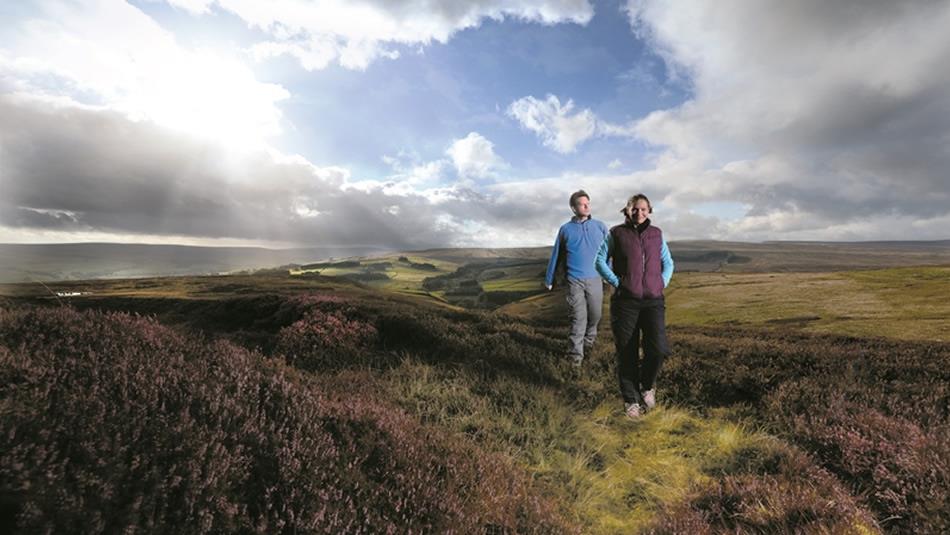 An 8.5 mile route on a former railway line from Broompark Picnic Site, just outside Durham City to Crook, running past Ushaw Moor, Deerness View and Stanley Crook. It forms part of the Walney to Wear (W2W) long distance cycling route.

The Deerness Valley Railway was opened in 1858 and carried coal for nearly a hundred years. Branch lines from Broompark, New Brancepeth, Ushaw Moor, Esh, Stanley Crook, Hedleyhope and Cornsay made it a main artery of the coalfield. It closed in 1964 for freight. This line carried passengers between 1878 and 1951. The path passes alongside a number of former mining villages but there are few signs of their industrial heritage as most of the landscape has since been restored.

The path follows the route of the river Deerness through a mixture of arable and grazing land, woods and herb rich meadows. Mature woodland contains oak, holly and hazel with a rich ground flora of red campion, dogs mercury, wild garlic, bluebells, stitchwort and dog violet. You may see birds (including herons, woodpeckers, warblers and jays), butterflies (meadow brown, common blue and large skipper) and mammals (perhaps a hare, squirrel or roe deer).

At Ushaw Moor a wooden trestle bridge carried the railway over the road and river. It was built in 1896 and was one of the last wooden viaducts in use in northeast England. It survived until the 1960s.

On the ridge of the hill to the north stands Ushaw College, a Roman Catholic Seminary. One of their swimming pools used to be filled with water raised hydraulically by the river’s own power but this was stopped when the water came up black from the mining activity!

Just before you reach Deerness View picnic area, is the site of the former Ushaw Moor Colliery. Not long after this, you will pass under a large bridge. This used to carry the road to Flass Hall, to the south. This area was once the valley’s main settlement and you can see from here it opens out into meadows with various grass paths that you can wander around.

There are wet areas near this section of the line which contain damp loving plants such as meadowsweet, cuckoo flower and tufted vetch.

Travelling further along the Railway Path you come to Esh Winning. Esh (New) ‘Winning’ (a successful shaft or face) grew from a small hamlet into a large mining community. Its importance is reflected in the size of the Miners’ Hall which once boasted the best dance hall in the area. Although this branch terminus ended at Esh Winning, it was originally built to serve the colliery at Waterhouses.

The colliery, pit heaps and some of the terraces in Waterhouses have now disappeared but the off-white brick church still remains. These bricks may have come from Peases West Brickworks at Crook, via the Stanley Incline – the route now taken by the Railway Path upon which you are about to embark. The track climbs steadily through deciduous woodland, including some majestic old oak trees.

The Deerness Valley Way Railway Path continues towards Crook, finishing beside the Peases West Sports Centre. From here it is a short distance to the centre of bustling Crook.

The route is suitable for walkers, cyclists, horse-riders and wheelchair users (to most parts). Please follow the Railway Paths Visitor Charter so everyone can enjoy this route together.