You are here > Home > Things to Do > Tees Railway Path 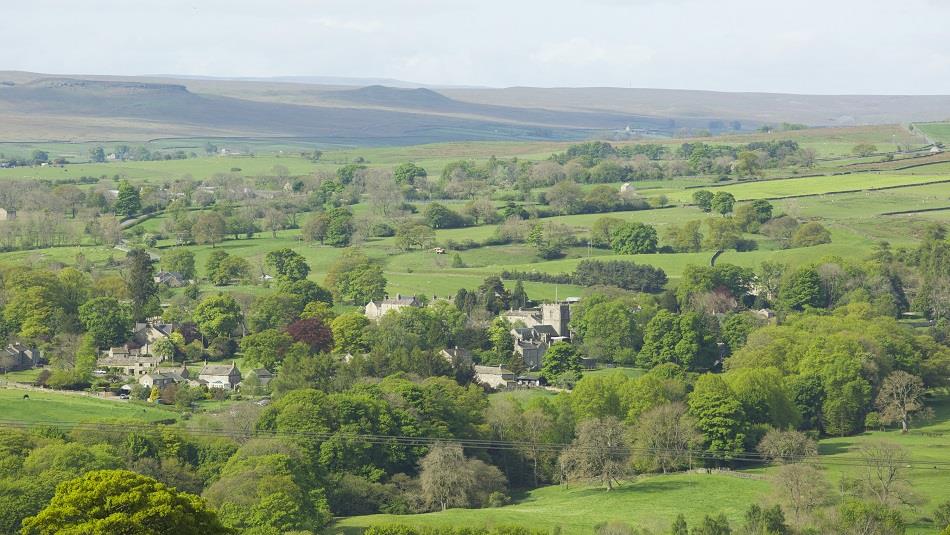 This route is set in the attractive countryside of Teesdale, within the North Pennines Area of Outstanding Natural Beauty. The path starts just outside Middleton-in-Teesdale, passing the picturesque villages of Mickleton and Romaldkirk before ending at Cotherstone. Lovers of good food will find some excellent country pubs, serving local produce, along the way.

The path is built along a former railway - a remnant of a scheme for a line from Barnard Castle to Alston. The railway was opened in 1868 by an independent company and was taken over by the North Eastern Railway in 1882.

If you've a few hours to spare, visit the majestic Raby Castle with its rolling parklands or the sumptuous French-chateau-style Bowes Museum, with its stunning art, textile and porcelain collections.

RECOMMENDED ROUTE: Start at the attractive market town of Middleton-in-Teesdale where you will find plenty of choice of accommodation, shops, pubs, cafes and tearooms. From Middleton-in-Teesdale there is a short section to cycle along the road before you join the railway path. If you would prefer not to cycle on road (for example, if you have young children with you) start at Lonton, Romaldkirk or Cotherstone instead. From Middleton-in-Teesdale take the Brough road, cross the bridge over the River Tees, follow the road as it bends to the left, then take a left turn onto the B6277, Middleton/Cotherstone road in the direction of Lonton and Mickleton. After 150 metres, just before entering the hamlet of Lonton, the railway path is signed.

Approximately 800 metres (0.5 miles) after joining the railway path a viaduct crosses the deep gorge of the River Lune. Built in 1848 for the Tees Valley Railway Company its five arches straddle the parishes of Lunedale and Mickleton. Along the verges of the old railway track, wild flowers have colonised in profusion, especially primroses and cowslips in springtime. During early summer the air is heavy with the scent of May blossom. Small ponds support marshland plants such as water forget-me-not, brooklime and lady’s smock - the food plant of the orange tip butterfly. Many birds and animals can be seen along or nearby to the path, such as lapwing, skylark, weasel and stoat. Ponds containing frogs and toads occur in the wet ditches alongside the track and at Hayberries pond between Romaldkirk and Mickleton.

About 3 km (2 miles) down the valley, the Church tower of Romaldkirk appears through the trees. Here the trackbed is fenced off and a diversion up a ramp/steps to the right links the route to the road. There was once a level crossing here. Turn left into the village, past the signal which still stands next to the old station. Romaldkirk is known as one of the prettiest villages in Teesdale with its spacious greens edged with stone-built houses and attractive gardens.

To rejoin the railway path turn right at the crossroads and continue along the B6277 towards Cotherstone. At a junction take the right fork signed 'Hunderthwaite, Hury'. At the top of the rise rejoin the path. Amongst the many flowers that can be seen along this attractive section of the path are primrose, cowslip, dog violet, lesser celandine, betony and St John's Wort. Here the lush, green countryside has been responsible for helping to produce the famous Cotherstone cheese from its herb-rich pastures. Hard Ings cutting is sheltered with well drained slopes that support a number of different types of orchid and a wide variety of butterflies and insects. On a sunny day, it is a good spot to find small tortoiseshell, ringlet and small blue butterflies.

Just before reaching Cotherstone, you will cross over the tall nine-arched Balder Viaduct which spans the deep River Balder valley. It was built in 1848 for the Tees Valley Railway Company.

Situated near the junction of the Rivers Balder and Tees. Cotherstone village clusters around two greens. You will need to leave the path after crossing the Balder Viaduct and take the road into Cotherstone. You could park up your bike in Cotherstone and take a short walk down to the River Tees. There are a number of footpaths to explore on foot including the 'Teesdale Way' which can be followed for 3 miles into the bustling market town of Barnard Castle - a historic thriving market town, which developed in the protective shadow of Bernard Balliol's castle. Built on a fine defensive site in 1125, the castle is in the care of English Heritage and is open to the public.

To return to Lonton/Middleton retrace your route or take the B6277 road. While you are in the area don't miss out on a trip to High Force which is England's largest waterfall and a most impressive sight. High Force is signed from Middleton-in-Teesdale, or ask at the Tourist Information Centre for details.

From Middleton-in-Teesdale, take the Brough road, cross the bridge over the River Tees, follow the road as it bends to the left, then take a left. Turn ont the B6277, Middleton/Cotherstone road in the direction of Lonton and Mickleton. After 150 metres, just before entering the hamlet of Lonton, the railway path is signed.