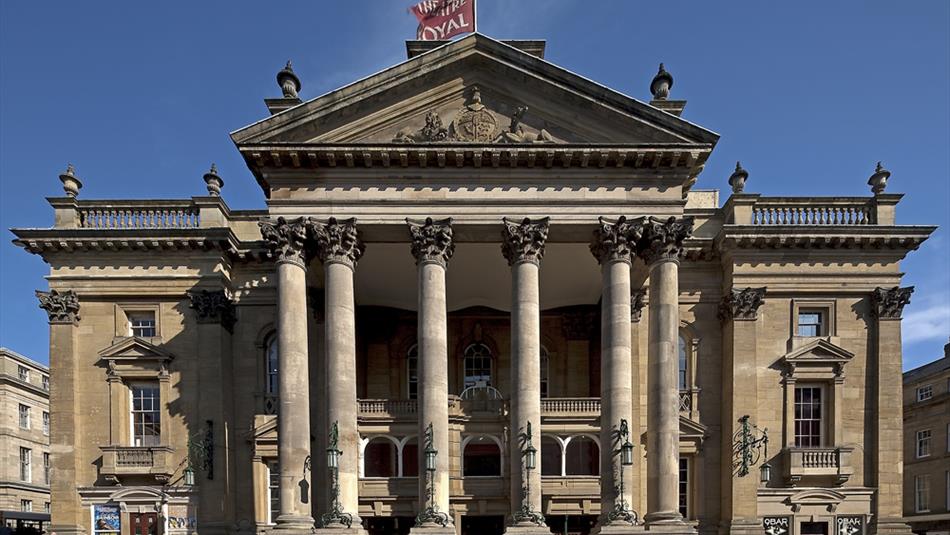 Newcastle Theatre Royal is currently closed in response to the current Covid-19 pandemic. We will keep you updated as the situation changes. All performances have been cancelled until 12 April. Contact Theatre Royal directly for more information.

Newcastle’s Theatre Royal is one of only 9 Grade I listed theatre halls in England, the city’s theatre is often regarded as the finest theatre building in the country. Theatre Royal first opened its doors in February 1837 and has been renovated many times since its first show, the largest of which was instigated directly after a fire following a showing of Macbeth in 1899. The renovation work saw the entire auditorium re-designed by one of the most iconic theatre architects, Frank Matcham.

The most recent renovation of the Theatre Royal was in September 2011, which lasted for 6 months. The £5 million project attempted to recreate the original Edwardian style of Frank Matcham from 1901. To help capture the original feel from the 1901 renovation, the original wallpaper has been reprinted along with replacing missing tiles and updating the original fixtures and fittings. There has also been a strong focus on creating additional comfort for visitors; this entailed installing new seats in all areas of the theatre.

Each year the Theatre Royal hosts over 300 shows which are enjoyed by over 300,000 visitors, this is due to the theatre accommodating the biggest names in dance, drama, music and comedy.

If you are planning a visit to Newcastle, or live locally and are seeking a new experience, the Theatre Royal has to one of the best venues in town. Not only does the theatre offer some of the biggest and best shows in the country but also pre-theatre dining, theatre bars, afternoon tea, Artisan Ice Cream along with various programs for individuals to get involved.

You can discover the current and future shows being held at Theatre Royal in Newcastle by visiting their website. If you plan on driving to the Theatre Royal you will be pleased to know that now visitors can park free of charge after 5pm.

Theatre Royal full accessibility information :The Theatre Royal is committed to making as much of its programme as possible available to deaf, blind and partially sighted audiences. Regular programming includes relaxed and assisted performances which are tailored to support individuals with an Autistic Spectrum Condition, learning disability or sensory and communication disorder.