You are here > Home > Trails > The Way of Light

The Way of Light 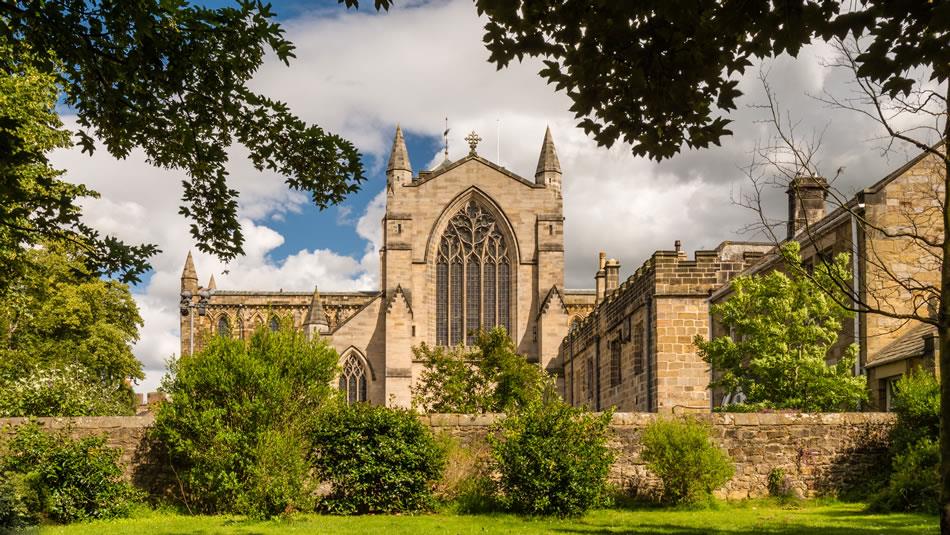 **There is an emergency closure on Footpath 24 Bearpark, part of the Way of Light, because of a riverbank collapse. An alternative route has been sighposted using part of the Lanchester Valley Way - please see attached image showing diversion.  Unfortunately it does mean that the route won’t go to Witton Gilbert for the time being.**

Welcome to a breath-taking trail that transports you from the dawn of Christianity through to contemporary pilgrimage via Dark Ages battles that changed a region’s faith, abbeys that matched Rome for majesty and a stunning seminary that taught England ’s leading ecclesiastics.

The remote Way of Light provides a larger-than-life low-down on Christianity’s illustrious history in the North East. It starts at the site of a battle victory for the pious future king and saint Oswald, a win that vanquished theregion’s invaders, reunited Northumbria and brought about its Christianisation. It proceeds via historic Hexham and its abbey, and pauses alongside one of the most wondrous testimonies to Catholic faith ever built in Northern England, one-time seminary Ushaw: Historic House, Chapels and Gardens, a glamorous ensemble of Gothic Revival edifices, chapels and gardens.

But settlements are few and far between on this route.

What impresses just as much are the fabulous, far-reaching views from the valleys, forests and fells that form the finest upland scenery on any of the six Northern Saints Trails.

Like a guiding light at journey’s end is Durham Cathedral, with St Cuthbert’s Shrine, but also 12th century wall paintings depicting St Oswald opposite St Cuthbert. For whilst the latter’s cult might have given rise to the cathedral, without the former the North East’s Golden Age and pivotal role in the spread of Christianity may never have come about at all.