You are here > Home > Information > Product Catch all > Lindisfarne 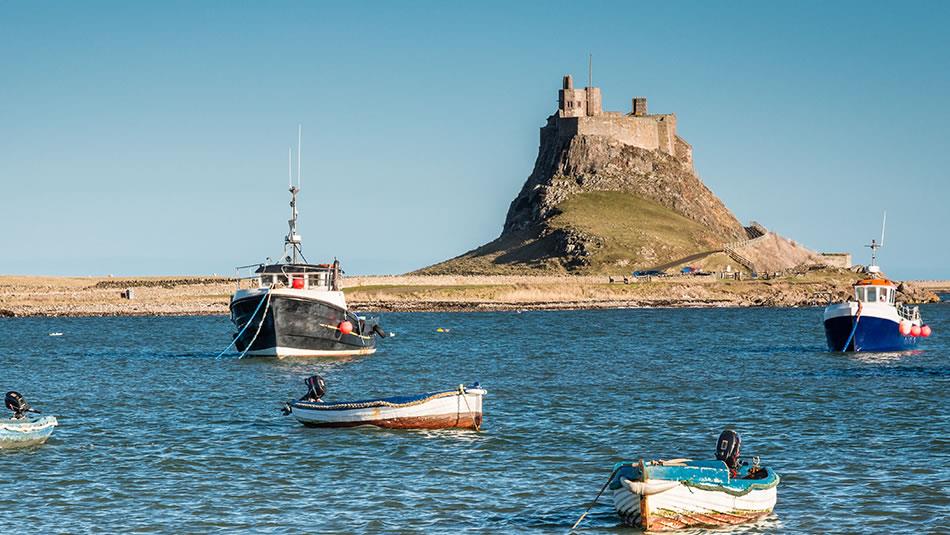 Photogenic Holy Island, crucible of the Christianisation of Britain and one of the country’s most popular pilgrimage sites.

It is difficult to imagine of a more poignant or picturesque place to begin a pilgrimage than Lindisfarne. In AD 635 Aidan, the Irish monk favoured by pious new Northumbrian king Oswald for bringing Celtic Christianity to his people, selected this spot to found the monastery that would become the base for his evangelic efforts. It is easy to understand why. Spirituality aside, this green causeway-linked island, rimmed by vast tidal sand flats and crowned by a crag, naturally has a heightened sense of theatre. And of course for almost 14 centuries Lindisfarne and spirituality have been synonymous with each other: hence its other name, Holy Island.

St Aidan’s work in spreading the Christian faith across Northumbria and that of the still more famous prior that came after, St Cuthbert, blessed Lindisfarne with a spiritual stature that resounded far beyond the borders of Britain.

Cuthbert was a well-liked monk but after bringing monastery etiquette in line with Rome (rather than with Ireland, as it had previously been) he soon became a hermit, retiring to nearby island Inner Farne to follow his calling and here developing a reputation for spiritual healing. Then, in death, this reputation really rocketed: countless miracles were attributed to his relics, including Northumbrian victories in battle. Not until Thomas a Becket’s death in 1170 did a saint attain greater cult status.

Lindisfarne Priory is the most recent manifestation of a site that has stood out as a place of devotion since at least the time Aidan began building here. Viking raiders destroyed St Aidan’s monastery, and today’s priory was built nearby in about 1150.

It is evident what a grand building this was: note the elaborate decorative stonework and the mighty, still intact ‘rainbow arch’.

Although ruined today, the priory commands reverence. It is well  worth contemplating, as you explore, that Christianity spread across much of England from here.

It was not only holy men drawn to Lindisfarne. It was fighting men too, and Lindisfarne Castle was constructed mid-16th century recycling the no-longer used priory’s stone. The crag-crowning castle is the island’s most prominent feature, but its history is surprisingly humble: aside from accommodating temporary garrisons, it is most notable for being refashioned as an Edwin Lutyens-designed holiday home in the early 1900s.

Lindisfarne is very much a place to tarry: perhaps to see if you are as hardy as St Cuthbert and take a dip in the sea (the saint prayed daily immersed in icy North Sea water), to gaze out at the Farne Islands to which St Cuthbert retreated for a life of solitude or simply to soak up the ethereal energy of this wave-bashed spot.

Lindisfarne also marks the northern end of the St Oswald’s Way, running south to Heavenfield Battle Site, and the south-eastern terminus of the St Cuthbert’s Way which heads over the Cheviots to Melrose, Scotland: where St Cuthbert began his monastic career after he had a vision of St Aidan.

Important safety note - It is possible to walk or drive to Lindisfarne but check safe crossing times before departing as the island is cut off from the mainland twice daily by fast incoming tides. 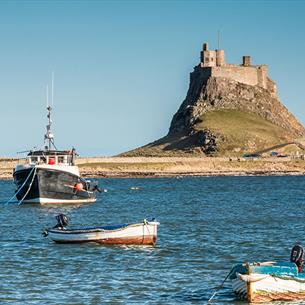 The Way of the Sea, WarkworthA Northern Saints Trail so epic it combines three others in its course – by stunning coastline and crags, by imposing castles and by standout churches from Lindisfarne to Durham Cathedral.